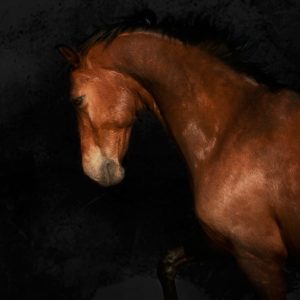 On June 19th, 2014, we unexpectedly said goodbye to a gentle soul who will be missed by many. It was by chance that Hudson came to Kuruka Equestrian in the fall of 2010 and the high strung, opinionated, scared of his own shadow gelding became an integral part of the family immediately.

Hudson was the type of horse who was frustrating at times, but was a phenomenal teacher. Though wary of strangers, he gave himself - heart and soul to his people. He knew what Kylie was thinking before she even did, and he always tried his hardest to do what she asked - no matter how "scary" that might have been. He will live forever memories and his antics will be remembered fondly - though sometimes frustrating at the time - with a smile…

I could not have asked for a better partner and friend.
Rest in peace my beautiful boy.
-Kylie

Hudson competed for a number of years on a combined driving team and he has been to Europe more than once in his younger years. He is now being trained in dressage and learning that there is a big bright world out there with lots of sights to see when you no longer wear blinders.

Just because you can't see the shadows, doesn't mean they're not out to get you. 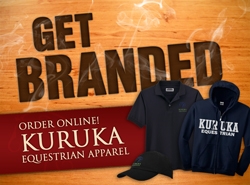